Skip to content
Dr. Richard Davidson on Why Awareness Is Important to Our Wellbeing

Dr. Richard Davidson on Why Awareness Is Important to Our Wellbeing

It turns out that being present with what we’re doing not only leads to being more effective, but to being happier as well.  In this short video excerpted from a Healthy Minds Innovations’ MasterClass, Dr. Richard Davidson explains the findings of a study done by scientists at Harvard that shows why distraction is actually “toxic for our wellbeing.”

The good news, as Dr. Davidson goes on to share, is that even a little bit of practice can nurture our natural capacity for awareness; not only in the moment, but in a lasting way.  And this, he says, “impacts every nook and cranny of our everyday lives.”

For those interested in learning much more about the contemplative neuroscience of well-being with Dr. Richard Davidson, we want to let you know that he’ll be leading a 6-week online course on The “How” of Human Flourishing beginning next week!

The Healthy Minds MasterClass: Founders Edition, running October 13 – November 17, will feature lectures from the world’s foremost experts on the science of well-being; live, guided meditations from a diverse set of international meditation teachers, and access to internationally recognized leaders in the science and practice of human flourishing, including weekly Q&A.

Plus, they’re offering 10% off tuition for the Awake Network community; just enter the code AWAKE (all caps) at checkout. Learn more and register here. 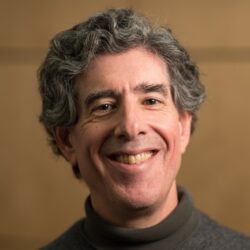 Dr. Richard J. Davidson is the Founder and Chief Visionary of Healthy Minds Innovations; the William James and Vilas Research Professor of Psychology and Psychiatry, and Founder & Director of the Center for Healthy Minds, at University of Wisconsin-Madison.

Dr. Davidson received his Ph.D. from Harvard University in Psychology and has been at Wisconsin since 1984. He has published more than 440 articles, numerous chapters and reviews and edited 14 books. He is the author (with Sharon Begley) of  The Emotional Life of Your Brain published by Penguin in 2012 and the co-author, with Daniel Goleman, of Altered Traits: Science Reveals How Meditation Changes Your Mind, Brain, and Body, published by Penguin Books in 2017.

Dr. Davidson is the recipient of numerous awards for his research including the William James Fellow Award from the American Psychological Society as well as the year 2000 recipient of the most distinguished award for science given by the American Psychological Association – the Distinguished Scientific Contribution Award. In 2006, Dr. Davidson was named one of the 100 most influential people in the world by Time Magazine. He has also served on the Scientific Advisory Board at the Max Planck Institute for Human Cognitive and Brain Sciences from 2011-2019 and was a member of the World Economic Forum’s Global Agenda Council on Mental Health 2014-2018. In 2017 he was elected to the National Academy of Medicine and in

2018 appointed to the Governing Board of UNESCO’s Mahatma Gandhi Institute of Education for Peace and Sustainable Development (MGIEP).

Outside of his work in publishing and advising, Dr. Davidson, a friend and confidante of the Dalai Lama, has been the innovative founder and leader of the Center for Healthy Minds with his groundbreaking work studying emotion and the brain. His research is broadly focused on the neural bases of emotion and emotional style and methods to promote human flourishing including meditation and related contemplative practices. Studies have centered on people across the lifespan, from birth through old age. In addition, he’s conducted studies with individuals with emotional disorders such as mood and anxiety disorders and autism, as well as expert meditation practitioners with tens of thousands of hours of experience. His research uses a wide range of methods including different varieties of MRI, positron emission tomography, electroencephalography and modern genetic and epigenetic methods.

In 2014, Dr. Davidson, realizing that the neuroscientific research of the Center would not allow the widespread dissemination of the well-being practices proven in the lab, launched a nonprofit, Healthy Minds Innovations. Offering accessible products like the freely available Healthy Minds Program meditation app and a workplace program – Dr. Davidson has been able to leverage his years of research to take these key learnings out of the lab and into the palm of your hand.

All of his work is in service of his greater vision, to create a kinder, wiser, more compassionate world.